Viet Nam: Concerns over the lack of information on the ICCPR implementation in practice and restriction of fundamental freedoms

On 11 and 12 March 2019, the Human Rights Committee reviewed the 3rd periodic report of Viet Nam on its implementation of the ICCPR, which was submitted with more than 13 years of delay. The State delegation of Viet Nam, when presenting its report, stressed that protection and promotion of human rights are well reflected in the national development process as well as in various domestic laws including the Constitution. However, the Committee noted that the reply of the delegation mainly focused on the explanation of existing laws, but less information was provided on the actual implementation of ICCPR and application of domestic laws in practice, where concrete data was crucially lacking.

The webcast can be found here: part 1 and part 2.

"Development of our legal system has improved significantly, and it’s completely different compared to the allegations or information that you received from different sources."

Concerns were raised by the Committee about the concept of “national security” used with vague definition and broad notion, which seemed to significantly restrict the realization of the rights and fundamental freedoms, especially that of expression, association, religion and peaceful assembly, enshrined in the ICCPR, in particular those of minority groups, HRDs as well as those who have different political views. Referring to various laws in which national security was mentioned, the Committee raised questions about the compatibility of measures taken in the name of national security with the Covenant, safeguards in place, and frequent usage of pre-trial detention against those accused of crimes against national security.

The Committee further asked about precise definition of national security used in domestic legislation including in the Constitution; clarification on the usage of two different types of “terrorism”, one against the State and another more generally; and details on the number of persons detained on the charges of crimes against national security and sentences given.

In reply, the State delegation explained that there were 7 distinct acts that were regarded as threats to national security and thus prohibited. However, most of the questions raised by the Committee were not directly answered.

Grave concern was raised over the reports of attacks against HRDs including incommunicado detention and ill-treatment, whereby complaints made to the police were not properly investigated, as well as hate speech and violence against religious minorities met by impunity of perpetrators.

Questions were also raised about: restriction on the registration of civil society organisations and genuine space for their activity, measures taken to protect HRDs and religious minorities, as well as about the intimidation and harassment of lawyers defending political activists and working on sensitive cases, who are obliged to report on the crimes committed by their clients.

In reply, the State delegation stated that Viet Nam did not have any concept of HRDs and, as such, there was no specific laws or measures to protect HRDs, while also stressing that lawyers were not put under pressure and were protected as citizens and as law practitioners.

Referring to reports of discrimination based on different grounds, the Committee asked about the reasons of delay in the adoption of comprehensive anti-discrimination law as well as the status of the draft bill on transgender persons. The Committee also raised concerns over persisting discrimination against women, persons with disabilities and religious minorities in practice in different spheres, despite the existence of specific laws protecting their rights and equality. Questions were also asked about measures taken to end gender-stereotyping, stigmatization, and hate speech.

Referring to the allegations of widespread torture, the Committee raised concerns about cases of death in custody, in particular the deaths occurred in pre-trial detention and those which happened not long after detention.  While the delegation stated that most cases of death in custody were due to disease and mental breakdown resulting in suicides, the Committee further asked questions about: number of complaints made, investigations carried out and procedure and results of autopsies. The Committee also requested detailed information about the conditions of detention as well as medical services available to detainees.

The State delegation replied that there were enough laws that prohibit any acts of torture and punish perpetrators and stressed that all deaths in custody were properly investigated in a transparent and independent manner in accordance with the law.

By 29 March 2021, the State party should provide information on the following recommendations from the Committee's Concluding Observations: 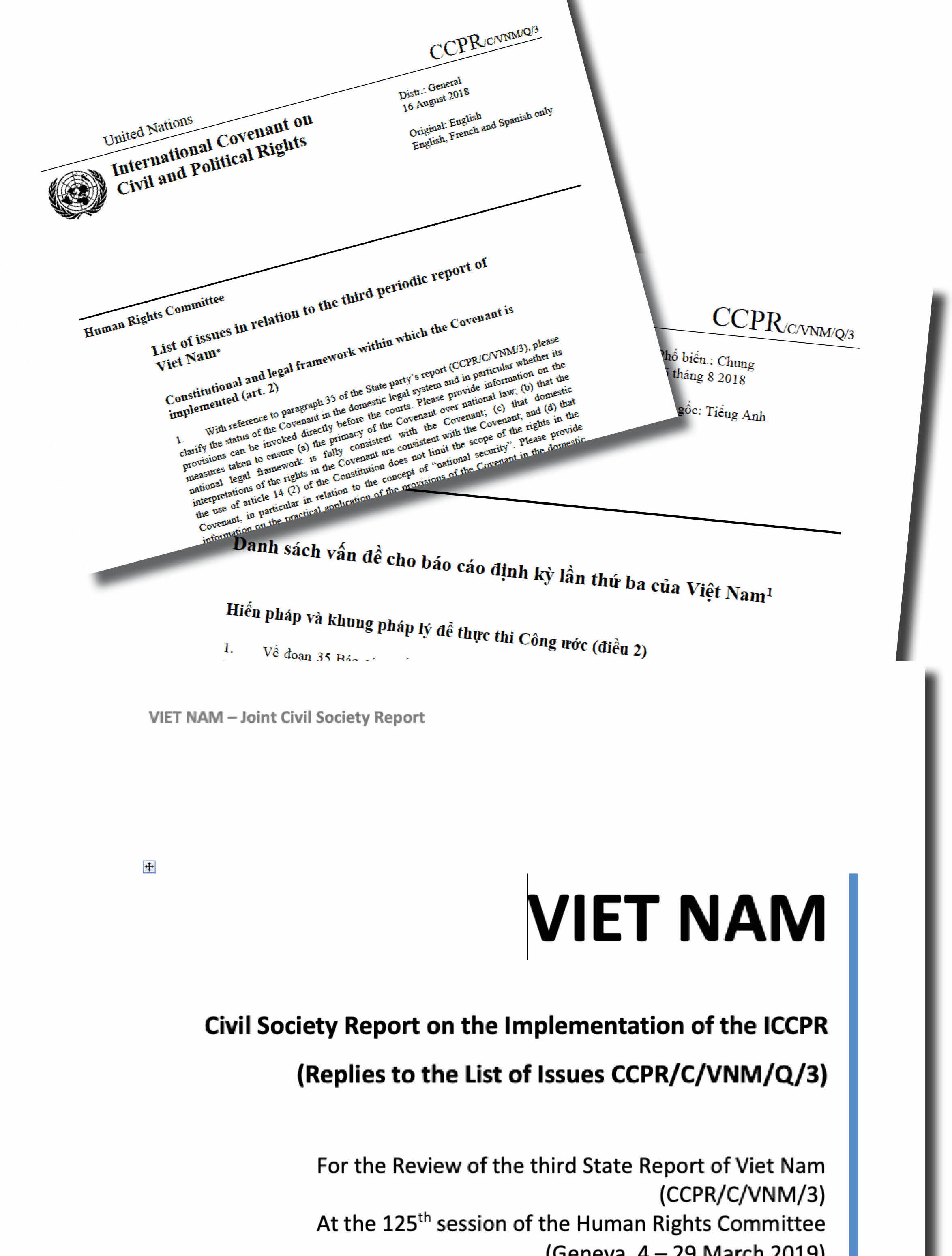 Preparing for the 3rd review of Viet Nam after 17 years