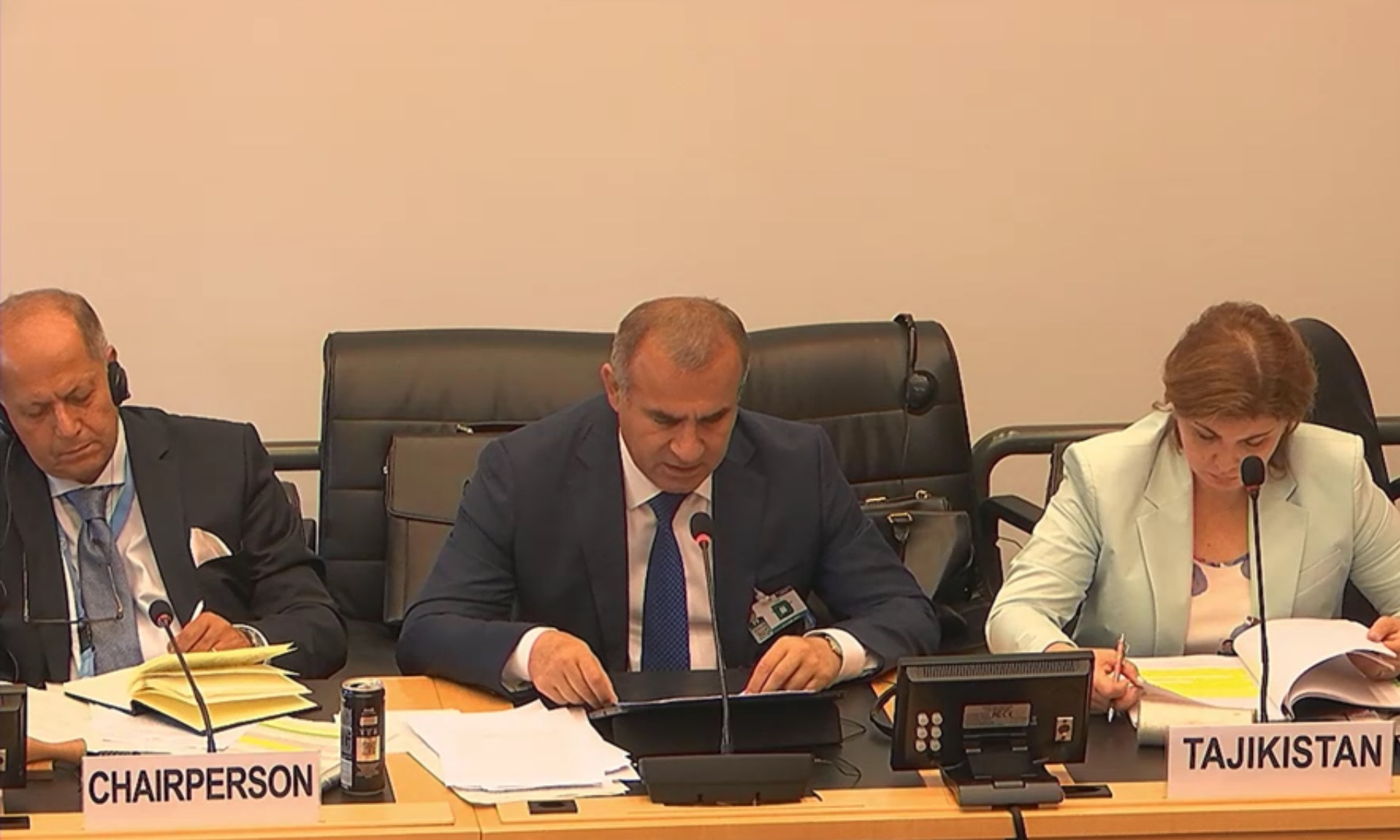 On 2 and 3 July 2019, the Human Rights Committee reviewed the third periodic report of Tajikistan on its implementation of the ICCPR. The State Delegation in its opening statement flagged the measures taken by the State to prevent, investigate and sanction torture, and the efforts taken to limit the interference with NGOs’ activities.

The Committee asked about respect of freedom of expression by the State, in particular derogations to this right during states of emergency. The Committee also raised questions about counter-terrorism measures, pre-trial detention and deaths in custody, LGBT rights and refugee rights. Since Tajikistan has ratified Second Optional Protocol to the ICCPR, the Committee also asked for a follow-up on the implementation of its decisions, since there have been reports about poor application of the Committee’s views on many of the individual cases.

The webcast can be found here: part one and part two.

While noting the measures taken to combat corruption, including the Decree No. 465 of 28 October 2016 to analyse corruption risks in organizations, and the Plan of Action to implement the recommendations made by the OECD in the framework of the 2018–2019 Istanbul Action Plan, the Committee expressed concerned about reports that corruption in the country is still widespread. The Committee also asked questions about the definition of corruption in the national legislation, which is not yet in accordance with international standards. The Committee is also concerned that the main specialized body in charge of detecting and investigating corruption offences, namely the Agency for state financial control and combating corruption, is not sufficiently independent from the executive branch.

The delegation in this regard mentioned that relevant measures have been taken by the government to honour its commitments, including full criminalization of corruption. The government has toughened the sanctions in this regard and has expanded the criteria for this crime. Such sanctions also include confiscation of property. The delegation also mentioned the difficulties the State faces, due to the historical mindset of the people in Tajikistan, which creates obstacles in fully implementing measures to combat corruption. The delegation did not provide specific information on possible cases where the above-mentioned regulations have actually resulted in trying a state official. The safeguards provided for whistle-blowers also remained unanswered.

The Committee raised serious concerns regarding the continued reports of torture or ill-treatment of persons deprived of their liberty, particularly for the purposes of extracting confessions, including against human rights defenders and political opponents. The Committee asked about the availability of independent mechanisms to prevent such acts, to investigate and sanction them and to provide compensation to the victims. The Committee inquired about training sessions for officials in this regard. The Committee also expressed concerns regarding alleged reconciliations between prosecutors and victims of torture.

The delegation replied that the punishment for torture has been toughened, and an independent mechanism has been put in place, where reports of torture are thoroughly investigated. According to the delegation, there were 16 complaints of torture in 2013, 13 in 2014, 21 in 2015, 10 in 2016, 23 in 2017 and 54 in 2018. Out of all these cases, only 10 were substantiated. However, the delegation did not mention the results of these cases. They did not address the factuality of questions about deaths in custody, and whether possible perpetrators of torture have been punished or whether victims have received compensation.

Freedom of Associations and NGOs

The Committee raised concerns with regard to a shrinking space for civil society organizations, due to recent amendments to the Public Associations Act. Based on these amendments, NGOs now have to inform the Ministry of Justice about their financial resources and funds and publish their incomes and expenses. The Committee is concerned that these are very stringent measures that have a chilling effect on the work of NGOs and have even resulted in the closure of some of these organizations.

The delegation responded that the new amendments have been made as part of their counter terrorism policies, in order to prevent organizations to be used for money laundering and finance terrorism, and that these measures are considered as notifications to the State and not authorizations. However, it should be mentioned that this issue was one of the main concerns raised by the NGOs who were present at the session, moreover, the Committee reminded the delegation that counter-terrorism measures should be in compliance with the ICCPR regulations, and should not be misused to restrict civil society’s freedoms. The delegation also mentioned that there are more than 2000 active NGOs in Tajikistan, out of which 70 work in the field of human rights. According to reports by the civil society, this number in reality is lower.

By 26 July 2021, the State party should provide information on the following recommendations from the Committee's Concluding Observations:

Surveillance and interception of private communications

The State party should ensure that:

The State party should revise its laws and practices with a view to guaranteeing the full enjoyment of freedom of expression and peaceful assembly by everyone, taking into account the Committee’s general comment No. 34 (2011) on freedoms of opinion and expression. It should, inter alia:

The State party should bring its electoral regulations and practices into full compliance with the Covenant, including its article 25, inter alia by:

The State is expected to submit its next report on 26 July 2025. 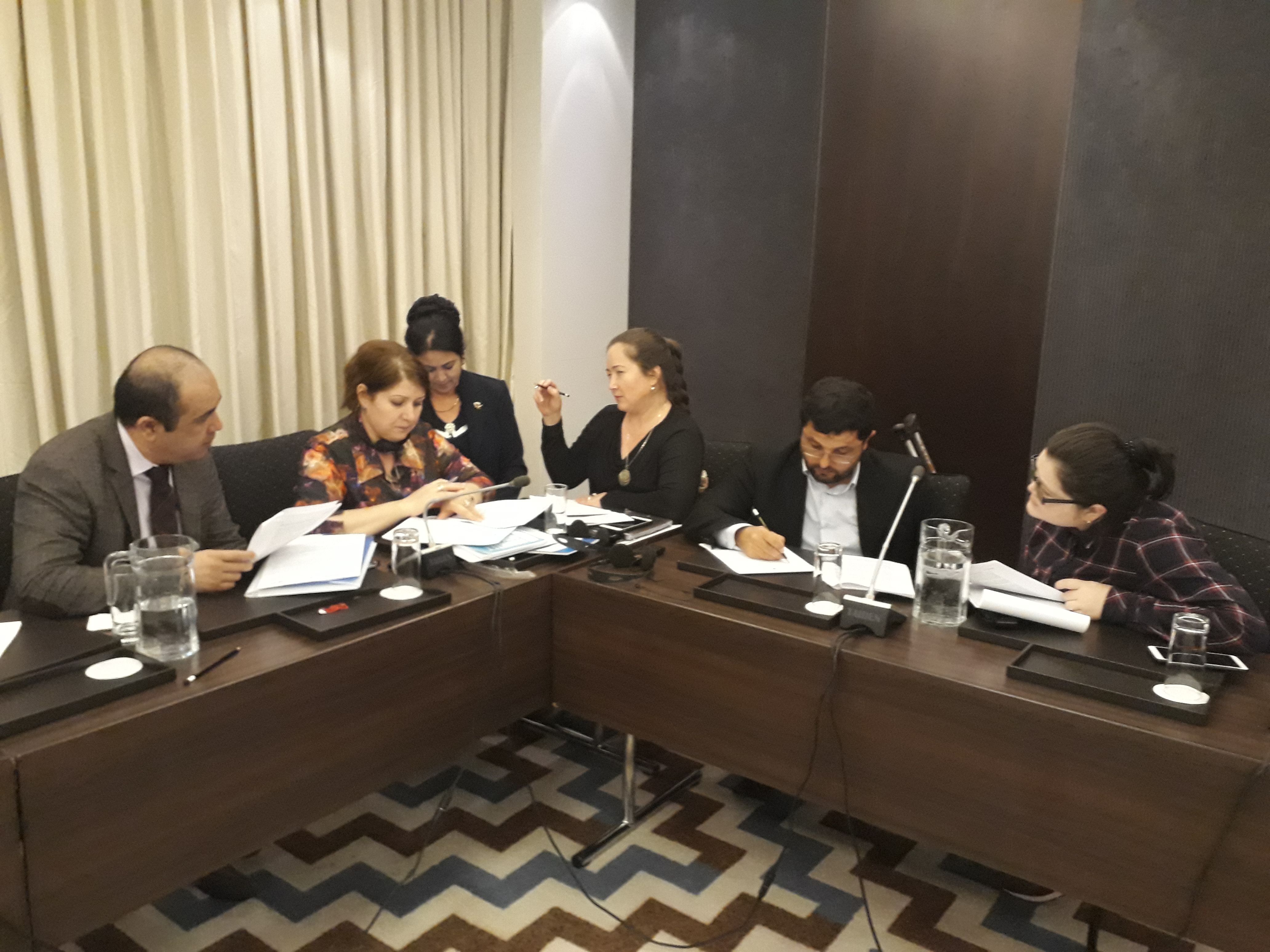