Madagascar: Discrimination, corruption and flawed justice system threaten the protection of human rights in the country

Detainees' rights violated through placement in overcrowded and poorly maintained facilities, apart from allegations of torture and ill-treatment during custody. Photo credit: International Committee of the Red Cross.

The Human Rights Committee reviewed the fourth periodic report of Madagascar on the 10th and 11th of July 2017. During the review, the Malagasy delegation made reference to several policies, programs and strategies that it has put in place in order to ensure an effective implementation of the Covenant such as the ongoing reform of the Act No. 2008-008 against torture. However, the Committee members raised questions with regards to the overall human rights framework in Madagascar especially in light of several violations occurred during the political crisis between 2009 and 2013, and due to the prevalence of harmful traditional practices in the country. In particular, the Committee has assessed the administration of justice, the practices of torture and ill-treatment and the conditions of prisons, as well as the discriminatory framework against different groups. The webcast of the review is available here: part 1 and part 2.

"The ICRC, NGOs and diplomatic agents have been able to intervene [in matters of detention conditions] without problems […]. Nevertheless, the situation of prisons in Madagascar remains of concern"

- Member of the Human Rights Committee

Committee members have welcomed the initiatives by State authorities to strengthen the capacity and independence of the judiciary through the Supreme Council of the Judiciary. Nonetheless, the Human Rights Committee pointed out flaws that threaten the protection of individual rights in Madagascar such as the delays in the conclusions of cases and the use of “traditional justice mechanisms” which do not guarantee a fair trial, such as the Dina. It has also discussed the independence of the judiciary and the separation of powers, since the Committee received information that the President of Republic and the Minister of Justice occupy, respectively, the positions of president and vice-president of the aforementioned Supreme Council. Furthermore, the Public Prosecutor’s Office is linked to the Ministry of Justice, which raises doubts in the management of judicial cases.

Questions related to corruption were also addressed during the review session. The Malagasy delegation presented measures taken to combat this issue in the country, including the Anti-corruption Office that will be set up in July 2017 and the adoption of the Act n. 2016-020 which foresees tools for preventing and repressing the crime of corruption. The Committee members, however, remain concerned with the effectiveness of such measures in practice, as NGOs have informed that sometimes political interventions take place to prevent charges from being brought to the judiciary.

The Human Rights Committee has highlighted several matters related to the prohibition of torture and ill-treatment in Madagascar. The Malagasy delegation made reference to measures taken to address this issue, but Committee has nonetheless raised concerns especially with respect to torture committed by State agents during arrest or custody, and the need to reform the Act No. 2008-008 to comply with the Covenant. Furthermore, the Committee members asked about the existing limitations and about measures to ensure that confessions obtained under duress or torture are not used in court, considering that the enforcement of such prohibition seems not to be covered by the Code of Criminal Procedure.

In relation to prison facilities, the Committee members stated that overcrowding and poor detention conditions were responsible for the death of 27 people in 2015. The 82 prisons in Madagascar provide for a capacity of around 10.000 detainees, but the current prison population is of over 20.000 individuals. In addition, other issues were pointed out by the Human Rights Committee such as the excessive length of pretrial detention and prison conditions that have let to psychological distress of inmates, including poor ventilation and allegations of malnutrition.

Discrimination and practices of servitude

The prevalence of traditional practices are among the main factors leading to discrimination against different groups in Madagascar. The protection of child rights, for instance, is threatened by the high incidence of early and forced marriages, corporal punishment, domestic servitude and the popular beliefs that having twins brings bad luck. Furthermore, the Committee has received information on practices of forced child labour as well as sexual violence and exploitation against children.

The lack of participation of women in public life and the 34% salary gap compared to men were also among the matters addressed during the review. Furthermore, Malagasy woman cannot transfer their nationality to their children born of foreign or stateless fathers, and there are legal restrictions regarding their inheritance rights. Despite recognising the referred limitation in relation to foreign or stateless fathers, the delegation of Madagascar pointed out that the Nationality Code was amended to allow the transfer of citizenship regardless of women’s marital situation, and that legal restrictions in matters of succession are no longer applied by judges in practice.

Within one year, the State party should provide information on the following recommendations from the Committee’s Concluding Observations:

Prohibition of torture and ill-treatment

The next (fifth) periodic report of Madagascar should be submitted by 28 July 2021. 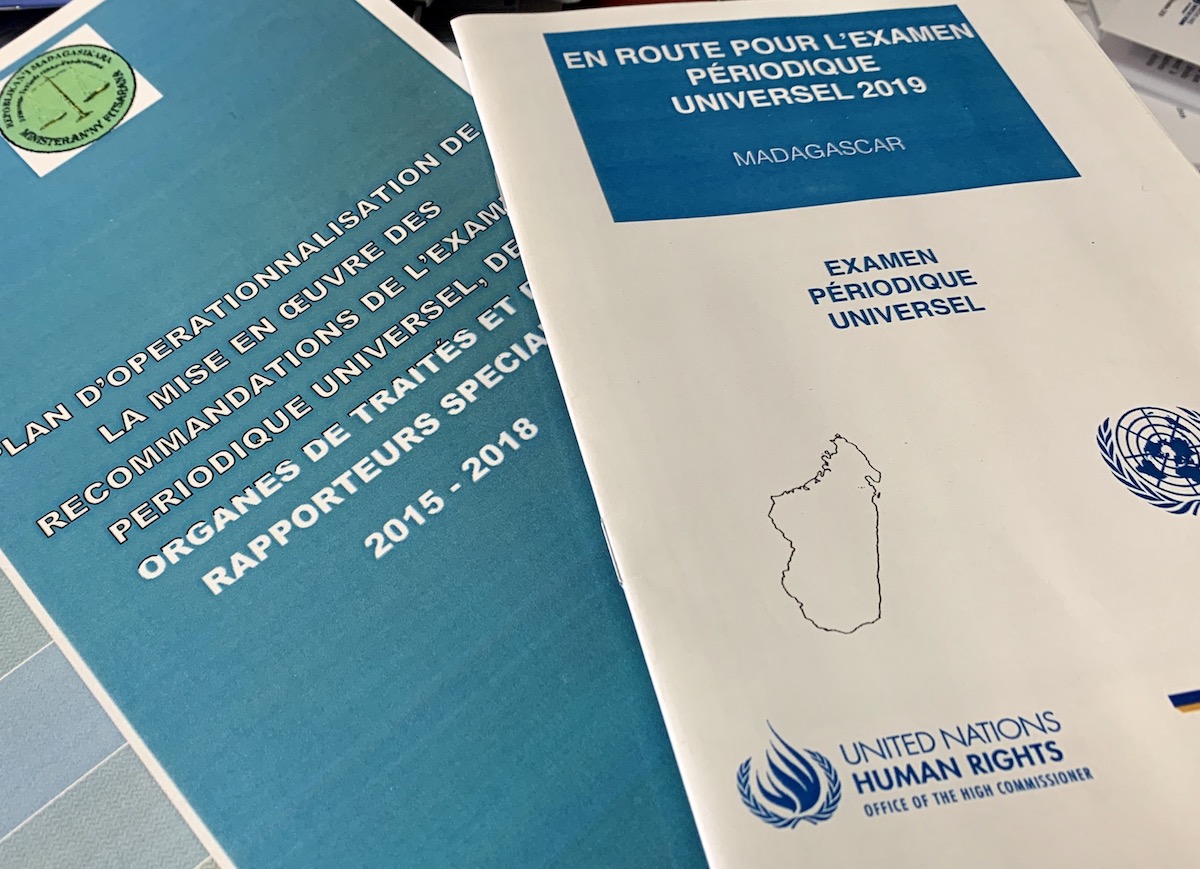 In Geneva for the UPR pre-session: two human rights activists from Madagascar 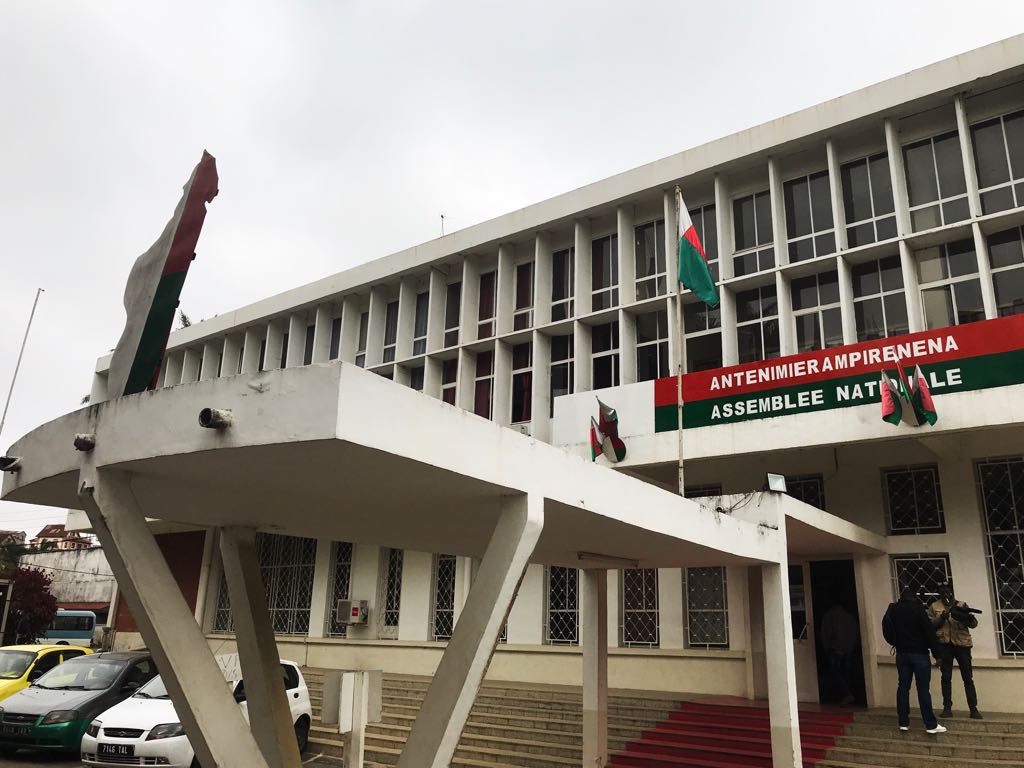