Overview of the 131st Session 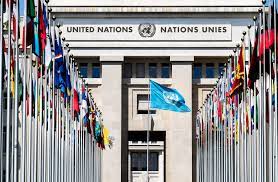 Due to the COVID-19 Pandemic, the 131st Session of the Human Rights Committee was held completely online. During this session, the newly elected members of the Committee completed their solemn declaration in accordance with Article 38 of the Covenant.

Examination of two countries and adoption of List of Issues

The Human Rights Committee reviewed the reports of two State parties on the implementation of the ICCPR: Finland and Kenya.

The Committee also adopted the List of Issues Prior to Reporting in relation to Democratic People's Republic of Korea, Fiji, Grenada, Iceland, Malawi, Nepal, Sao Tome & Principe, Seychelles and the United Republic of Tanzania.

According to the Optional Protocol, the Committee adopted 47 decisions on individual communications. These included:

*Regarding the cases decided on the merits, the Committee found violations in 20 of them and postponed to the next session the consideration of 3 communications.

Adoption of Report on follow-up to Concluding Observations

The following state parties has been considered under the follow-up procedure are Jamaica, San Marino, Slovakia and the Republic of Moldova. The Committee has also adopted progress reports on follow-up to concluding observations and on follow-up to views.

Desires to move back to in-person sessions

The Committee has adopted the annual report.