Guinea: corruption, impunity and Female Genital Mutilation among main concerns of the Committee 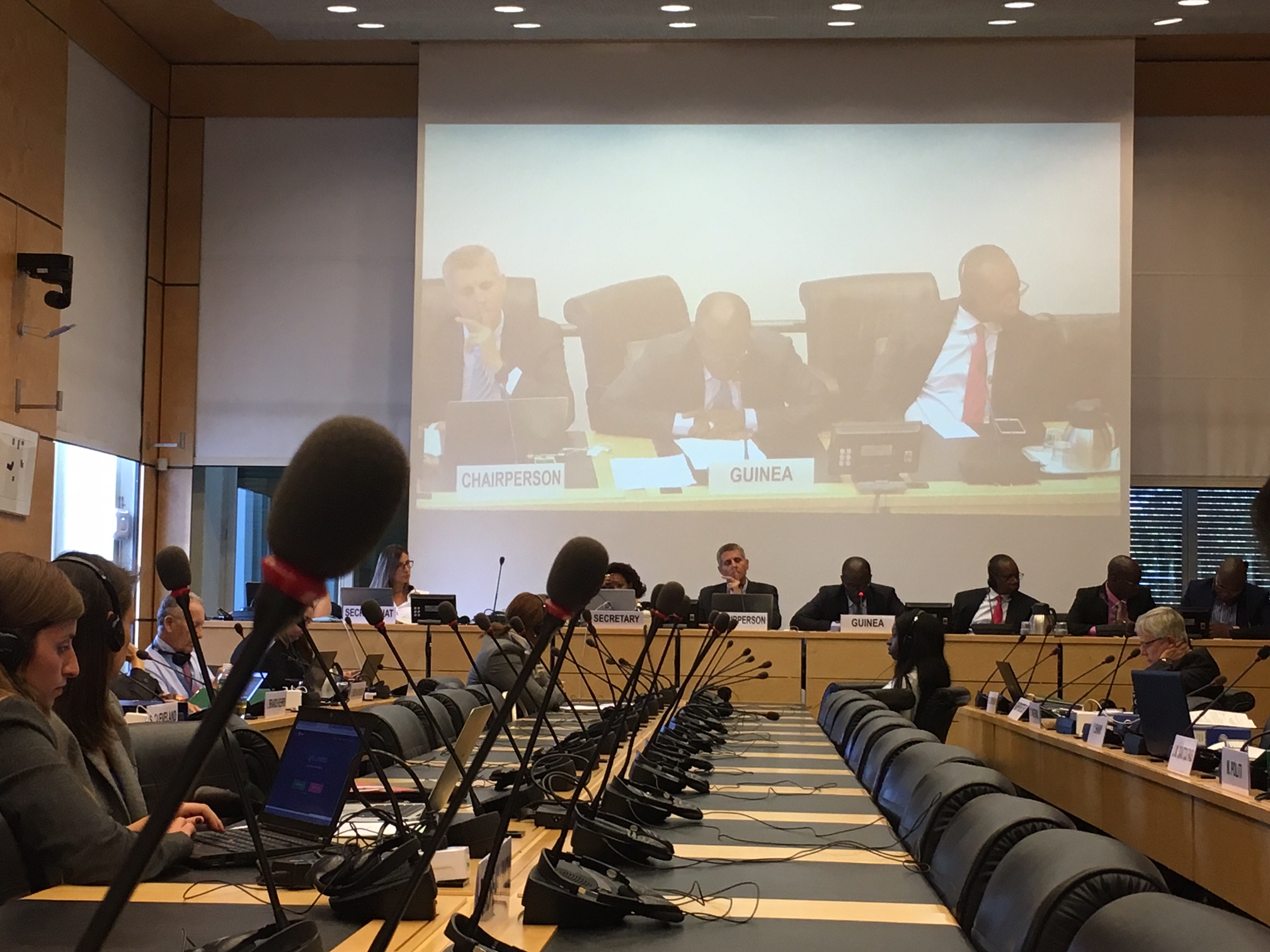 The UN Human Rights Committee examined the fifth periodic report of Guinea on 10 and 11 October 2018. The State stressed that Guinea is still a young state that faces several challenges, paired with a lack of resources, cultural attitudes and tradition.

The main concerns of the Committee were widespread corruption, impunity and Female Genital Mutilation (FGM). The position of the Covenant in the domestic legal order was also subject to many questions, to which the delegation answered that the Covenant is directly applicable in national law and that, at least theoretically, it has precedence over it.

Several members of the Committee asked whether Guinea is planning to ratify the optional protocols to the Covenant. The head of delegation answered that he took note of this question, but that it was up to government to take the decision.

The webcast is available here: part 1 and part 2.

"The answer is simple: data on corruption are practically inexistant. The fight against corruption is ineffective. "

Several Committee members were concerned about widespread corruption in Guinea, the fact that this diverts important resources and that many human rights violations derive from corruption.

The State delegation took some important steps: it has adopted an anti-corruption law and established a National Agency for Combatting Corruption. However, the implementation of the law remains a challenge and the agency is currently not operational because of insufficient funds, according to the delegation. The head of delegation stressed that corruption is a reality but that the government is willing to fight against it.

The head of delegation said clearly that insufficient funds was a problem for most institutions in the country, including the National Human Rights Institution. Moreover, traditions and customs still have more power than the institutions of the State because the population mistrusts public authority.

Bamariam Koita, member of the Committee, noted that the data that ase provided to them by the State on corruption, was very old. The reaction of the State was to say that data on corruption is practically inexistent, and that the fight against corruption so far seems to be ineffective.

Olivier de Frouville, member of the Committee, was concerned about impunity for human rights violations, and especially for events that took place in 2009. 150 people were killed, but none of the accused have been tried, despite for calls from the International Criminal Court for a trial to take place in 2018. No member of the security forces has even been suspended. De Frouville asked how many members of the security forces had been arrested until now, to which the delegation replied: “I do not remember a single arrest on the level of security forces. There is no need to calculate.”

The delegation agreed that the perpetrators of these acts have to be held accountable and that the process should go faster, but that there is a lack of political will. They were not able to provide the Committee with a date to set the trial, but said that they remained committed to it. According to the State, a lot of measures have been taken to fight impunity, but now they need to be put in practice to bring justice to the victims.

The Committee was concerned about the fact that polygamy is still allowed in the Guinean Civil Code, constituting unequal treatment of women and men.

The State clarified that a draft reform of the Civil Code prohibits polygamy, but is still pending because of the social and political opposition to this reform. Polyandry, on the other hand, is not allowed in Guinea.

Another main concern was the fact that FGM is pervasive: 96% of women aged 15 to 49, and 46% of girls under the age of 14, are circumcised in Guinea, even though there is a law prohibiting this practice. Despite several measures that have been taken, the number of cases of FGM has increased lately. The State explained this increase by referring to the lack of firm judicial action to prosecute perpetrators.

The State recognized that FGM is a national problem and a reality they have to face, that is the subject of a recurring national debate in Guinea. Women who are not circumcised face cultural stigma, and the people earning their living from carrying out female circumcisions have to be provided with alternative ways of receiving an income. Unfortunately, financial issues have been delaying the project. However, the delegation stressed that complaints on this issue can now be lodged.