The fourth periodic report of Guatemala was reviewed by the Human Rights Committee (HR Committee) on the 12th and 13th March 2018. The members of the Committee noted the high level delegation and the efforts of the State towards the protection of human rights.

One of the main issues that was raised by the Committee was the situation of women in the country, including the access to abortion and the adoption of a new protocol related to therapeutic abortion, allowed only if the pregnancy presents a threat to the life of the woman.

Other relevant issues raised by the Committee were discrimination against LGBTI persons, prior consent of indigenous populations and inclusion in the decision-making and corruption in the judiciary system.

The webcast is available here:  Part 1 and Part 2.

"90% of the victims of sexual violence are identified as women. Violent deaths of women have increased in the past 3 years. Crimes against women contain traces of misogyny with decapitation and dismemberment. "

In Guatemala, abortion is criminalized and punished by up to 3 years of imprisonment. There is a new protocol that allows for therapeutic abortion when the health of the woman is at risk, however, these limited provisions push women whose health is not at risk, to unsafe abortions. The Committee required the State to explain in which situations therapeutic abortion is allowed to safeguard the health of the women and what is the number of abortions that have been carried out under the mentioned legislation. Therapeutic abortion in Guatemala is only practiced when the life of the woman is at risk, mainly in cases of heart diseases, explained the delegation. The delegation also claimed that an initiative was taken in Parliament to decriminalize abortion for adolescent victims of rape. Furthermore, the Committee was concerned about the high rate of maternal mortality and its link with cases of unsafe abortion, however, the State replied that they did not have the number of cases of maternal mortality caused by unsafe abortion because it is an illegal practice.

In the context of violence and discrimination against women, the Committee expressed concern about the increasing rate of femicide since the past 10 years and the situation of impunity due to the inaction of the State. It asked for the measures implemented to overcome this issue. On this matter, the State replied that in 2017 the number of femicides has decreased and that they have implemented plans to support victims of rape. Also, the State highlighted the creation of a section of the Prosecution specialized in crimes committed against women.

The Committee has raised concern about the discrimination based on gender identity and sexual orientation. They recalled the lack of legislation in Guatemala on the prohibition of discrimination on these grounds and demanded information about the intention to adopt legislation on issues including hate crimes against LGBTI, discrimination in employment, health care, education, housing and access to public services, taking into account sexual orientation and gender identity. They also raised the fact that the bill 5272 prohibits same sex marriage and civil partnership and that this implicitly condones hatred in terms of discrimination on grounds of sexual orientation and gender identity. A serious concern was expressed on the lack of investigations into killings of LGBTI persons, and the measures taken to safeguard their protection. The Committee also asked to clarify the conditions under which the LGBTI population is held in detention. The State claimed to have been making plans for inclusion of the LGBTI by doing capacity building of the authorities in the differentiated treatment and training the police in matters of crimes against the LGBTI persons.

Prior consent of indigenous population and inclusion in decision-making

The Committee also raised issues concerning the indigenous population, and in particular asked whether the prior and informed consent has been taken into account in matters that affect them directly. The State replied that after the ratification of Convention 169 of the ILO, more than 2000 indigenous have been included in the decision-making. Also, concerns were brought in relation to the property rights of indigenous people, their political participation. In this regard, the State clarified that the indigenous peoples have been included in ministries and state secretariats and there are 31 entities providing support to the indigenous communities in the matters expressed by the Commitee.

Corruption in the judiciary system

Another serious concern expressed by the members of the Committee was the corruption in Guatemala, where 20% of the public spending has been misused. They were concerned on how corruption in the system would affect the election of the Attorney General and how his independence could be guaranteed. The delegation assured that high rank officials of the judiciary and the Attorney General were elected through an impartial process.  Also, the Committee asked more information about the plans implemented by the state in order to overcome the problem of corruption in the judiciary, how the investigations on cases of corruption have been carried out and how many perpetrators have been effectively prosecuted. The delegation mentioned that the public prosecution has received 17.927 complaints on corruption and has convicted persons in 375 of them. 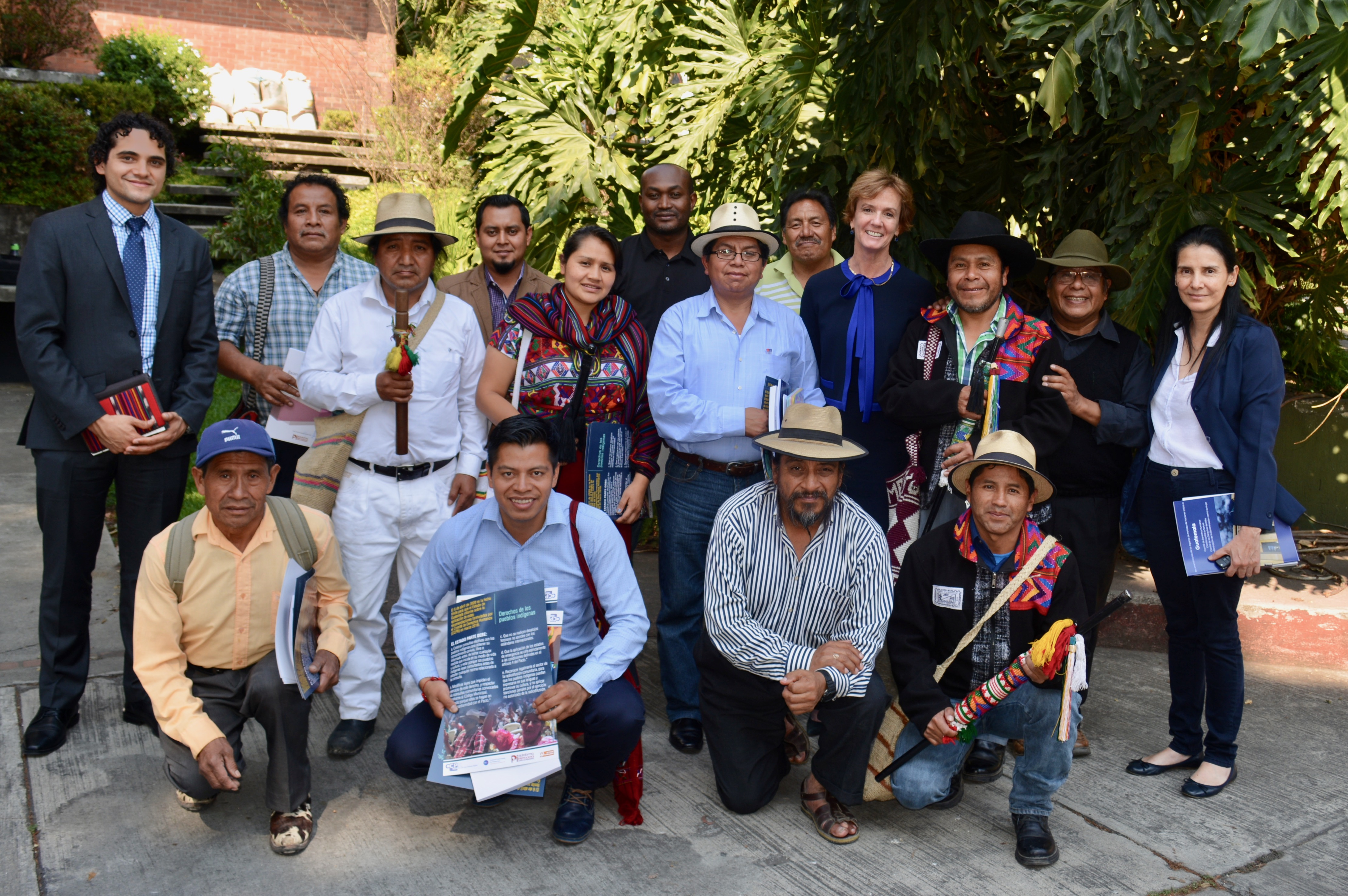