On 19 and 20 March 2018, the Human Rights Committee reviewed Hungary’s sixth report on the implementation of the ICCPR.

The tone of the dialogue was set during Hungary’s opening statement, in which it stressed that Hungary is a Christian and homogenous country and that it is its “firm position that the Hungarian people have the right to live in security without the fear of terrorist atrocities. The Hungarian government says a firm ‘no’ to any initiative that encourages illegal immigration”.

The Committee thanked the delegation for the frank and honest dialogue, but was very concerned about issues related to asylum and migration, including detention, age assessment and pushbacks. Another alarming issue was the shrinking space for civil society.

Other concerns were the segregation of Roma people in schools, institutional changes and the role of the Constitutional Court, the treatment of homeless people and the lack of independence of the media.

The webcast is available here : part 1 and part 2.

"(…) please first consider that the Hungarian government considers migration to be a bad and dangerous process. In our opinion, migration must be halted. We will not be able to come to an agreement. "

- Peter Szijjarto, Minister of Foreign Affairs and Head of the Hungarian delegation

From its opening statement to its closing remarks, the Hungarian delegation pointed out its anti-migration policies. During the dialogue, the delegation did not shy away from controversial and drastic statements on migration.

Committee members criticized the low number of asylum seekers being admitted into the transit zones.  Moreover, the expansion of a regulation where any person is found on the territory of Hungary without valid documentation, is escorted to the external side of the border, was criticized by the Committee. Between 5 July 2016 and 28 March 2017, there were 20 000 instances of these escorts, but no documentation took place as to who is escorted.

The delegation stressed the right of the Hungarian people to determine who will be allowed in the country. It also stressed the need to promote and protect the interests of the Hungarian people and their security. As the Head of Delegation put it: “Migration is not a fundamental human right. Nobody has to right to wake up one morning, point to a favorite country and decide to settle down there.”

The Committee considered several answers of the delegation to be unsatisfactory. Hungary announced a so-called mass migration crisis in 2016, but the Committee clarified that its obligations under the Covenant remain valid.

In this regard, Committee members noted with concern that asylum seekers are automatically detained, in violation with the Covenant. There is no remedy against a detention decision, and the maximum length of the decision is six months. It is 30 days for families with minors. Moreover, the Committee asked what measures were taken to improve the detention conditions. The delegation clarified that no migrants are detained in the transit zones, and that the notion of detention is misunderstood : people can leave the transit zone to Serbia at any time.

Another concern regarding migration, was the age assessment of unaccompanied migrant children. Applicants subject to medical examinations are kept in detention, and the Committee asked whether minors are separated from adults in this regard. NGOs informed the Committee that medical personnel belonging to the military conducts these assessments by looking at the individual and guessing their age. Migrants can then request a second opinion, which will be given by a general practitioner and cannot be contested. There is no judicial oversight. Moreover, this second assessment will take at least one month, until which the asylum procedure is suspended and the migrant remains in detention. As a result, many migrants do not contest the first age assessment. 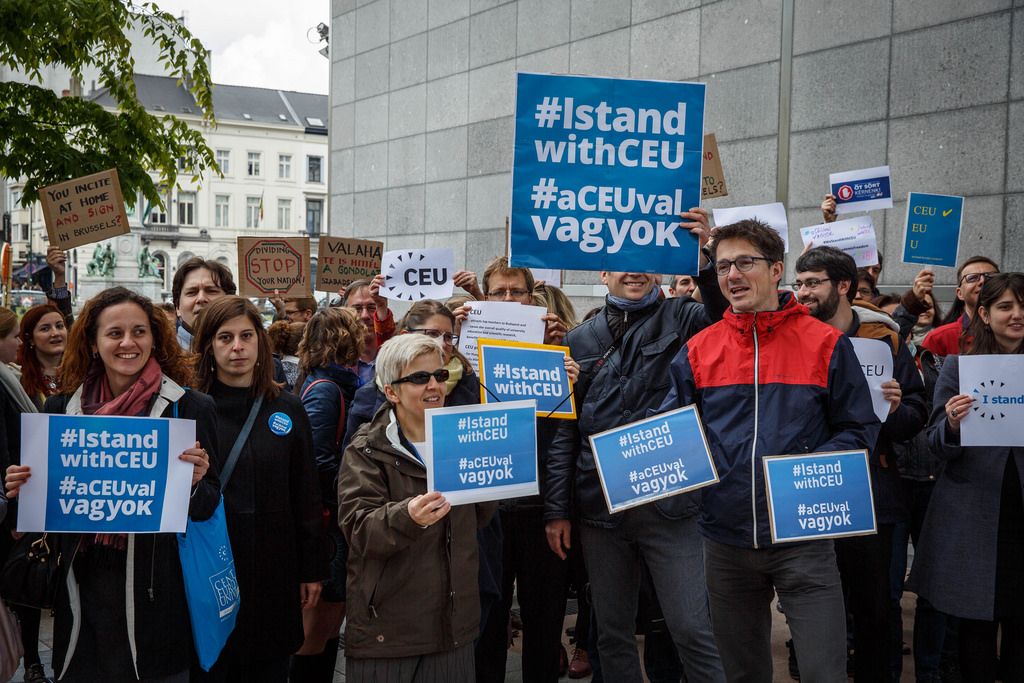 Another main concern of the Committee was the recently adopted legislation on civil society organisations, that requires them to disclose highly detailed information. The State has been in discussions with international NGOs, who, according to the Hungarian delegation, have not been elected by anybody to pursue any agenda and thus lack legitimacy. They cannot speak on behalf of the population, contrary to Parliament. In reaction to this, the Committee stressed that it deemed NGOs to have a very important role in society to uphold the interests of minorities.

The Committee was particularly concerned that foreign funded NGOS are targeted and discriminated against in this new legislation. In this regard, the Committee also expressed concern about the law imposing several new stringent requirements to foreign funded universities, including an official agreement between the foreign State and Hungary. According to NGOs and Committee members, this law targets the Central European University (CEU) based in Budapest, that will probably close down as a result of this legislation. This regulation limits the academic freedom, the space for civil society and the freedom of expression, guaranteed in the Covenant.

The delegation reacted to these comments by saying that the activities of NGOs are not made impossible by asking them to disclose their funding. The goal of the legislation is transparency. In relation to the CEU, the State said this act applies to all foreign funded Hungarian institutions who enjoyed illegitimate advantages until now, of which there are 20. It is not targeting any university and thus complies with the principle of non-discrimination.

The Committee clarified its point of view : no one objects to the notion of transparency, but their concern is linked to the fact that the ability of NGOs to conduct their activities, is undercut because they are branded as enemies of the Hungarian people.

Within two years, the State party should provide information on the following recommendations from the Committee´s Concluding Observations.

Non-refoulement and excessive use of force