Discrimination, hate speech and increasing expressions of antisemitism at the centre of the discussion with Germany

On the 11th and 12th October 2021, Germany underwent its seventh periodic review by the Human Rights  Committee on the implementation of the ICCPR. The Committee welcomed the written replies to the list of issues prior to reporting, which were supplemented by oral responses provided by the delegation.

The delegation of Germany, participating mostly in person with only a few members participating online from the capital due to Covid-19, started the session by reiterating its commitment to the universal respect for human rights.

The derogation of rights under the ICCPR

The Committee started the session by inquiring on the issues related to the efforts undertaken by Germany to prevent the negative impacts of the Covid-19 pandemic. The Committee expressed its concern regarding the significant curtailments of civil and political rights made in the context of the State party's pandemic response (articles 4, 12, 21 and 22 of the Covenant).  In particular, Mr José Manuel Santos Pais, a member on the Committee posed a question to the delegation of Germany regarding the official derogation of ICCPR rights.

The delegation of Germany has not provided an answer to this question in their general response to the Committee, leading the Committe to recommend Germany to avail itself of the right of derogation and immediately inform other State parties to the Covenant.

Prohibition of discrimination is universal 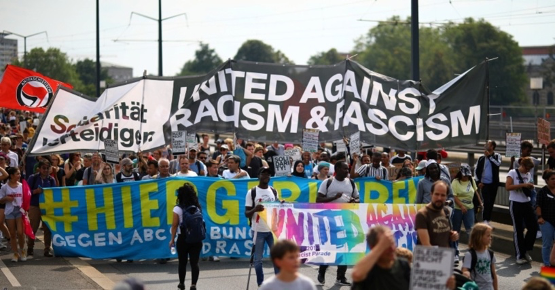 Among other questions of the members of the Committee, the question of Mr Shuichi Furuya stood out regarding the measures undertaken to prevent discrimination. He himself pointed out that non-discrimination is not limited only to the rights provided in the Covenant. He further questioned the compatibility of Germany's reservation with its obligation of non-discrimination which the State party has accepted without any reservation.

The German delegation responded that it is considering the possibility of withdrawing its current reservation concerning individual communications, as suggested by the Committee members, in order to avoid discrimination. No specific expected time frame for implementing such an action was, however, given by Germany.

During the session the Committee member Mrs Vasilka Sancin also underlined that discrimination by public authorities is in practice rarely addressed by the administrative courts and that compensaton is seldomly obtained by the victims through official proceedings and urged the German delegation to provide insight into the improvements made on this topic. She also stressed that the problem of the housing market discrimination remains unresolved.

The delegation of Germany further responded by highlighting that trainings to prevent racial discrimination are being constantly developed and that any type of racial profiling is illegal. It also recognized that current protection against discrimination does not include a mechanism of Ombudsman and that the national antidiscrimination agency does not include such functions as the Ombudsman would hold and is therefore open to reevaluate the need to establish the protection of such an institution as an Ombudsman.

The Committee Member Mahjoub El Haiba has also inquired on the steps taken by Germany to respond to the hate speach and the expressions of antisemitism and has urged for more information on the conducted investigations and prosecutions, as well as their outcomes.

The delegation of Germany recognized the problem of antisemitism as a phenomenon that is seen in many countries. Its Federal Ministry of Interior has pointed out that efforts are being undertaken to create more awareness of racism and antisemitism and to integratre this awareness into all structures of society, including the formation of the Cabinet Committee to combat Right-Wing Extremism and Racism, the Independent Muslim Council and the Federal Government Strategy to Prevent Extramism and Promote Democracy. The Committee, however, remains concerned by the Germany's indication that it is not considering any legal amendments to remove the requirement to disturb public peace from the definition of incitement to hatered.

Concluding Observations on Germany's 7th periodic report were released on November 11 2021. The State party is requested to provide, by 5 November 2024, information on the implementation of the following  recommendations: