Review of Botswana during the 133rd Session of the Human Rights Committee in October 2021.

Botswana was reviewed on its implementation of the ICCPR by the Human Rights Committee on the 19th and 20th of October 2021. A numerous delegation of Botswana presented its position to the Committee in person and the Committee members praised the composition of the delegation for its diverse gender representation.

The head of the Delegation opened the session reaffirming Botswana’s commitment to uphold the standards set by the ICCPR and by further stating the most important milestones Botswana has achieved in the recent years. Some of them include the accession to the Convention on the Rights of Persons with Disabilities, adoption of the poverty reduction policy, revision of the water-related legislation, assurance of non-discrimination based on sexual orientation in the 2010 Employment Amendment Act, the 2020 National Social Protection framework and many more.

Botswana also recognized that the Covid-19 pandemic had an impact on the realization of the human rights, yet had maintained that it had derogated from some rights in the ICCPR and has refrained from restricting any rights disproportionately. 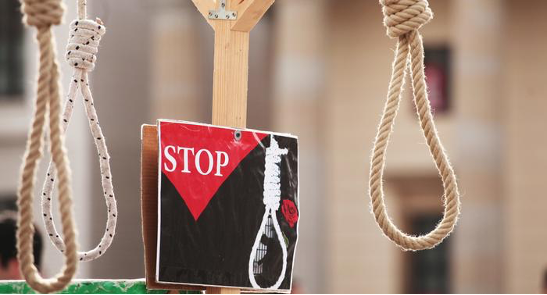 The members of the Committee, upon pointing out the issue of the death penalty which remains legal in Botswana, have questioned its regulations and have called upon the State party to revise the Penal Code so as to make it strictly compliant with article 6.2 of the Covenant. The members of the Committee also pointed out that such basic human rights as the right to life should not be left in the domain of public opinion.

The delegation of Botswana responded that its Court of Appeals has already addressed this question in 2012, ruling that in line with the Constitution public consultations must take place before the death penalty can be abolished. Nevertheless, Botswana did assure that it will include the consideration on the abolishment of death penalty in its National Action Plan, which will encourage further debates on this topic.

Botswana holds a reservation in place regarding torture

Botswana currently holds a reservation to Article 7 of the ICCPR regarding torture. The reservation covers all the acts considered to be torture under Botswana’s Constitution. There is, however, no specific definition of torture in the Constitution, leaving the scope of the reservation ambiguous. That is why on the issue of torture the Committee Member Shuichi Furuya called upon Botswana to indicate a definition of torture or other inhuman treatment and clarify if it is compatible with the ICCPR.

The delegation of Botswana responded on the topic by stating no measures have been taken to lift the reservation, yet has underlined that other legal provisions, including the Convention Against Torture, are in place to prevent torture and other inhuman treatment. Despite the calls of the national NGOs and the Committee, no further explanations on the measures undertaken were given by Botswana.

The level of violence against women, including sexual and domestic violence, is high and has significantly increased during the Covid-19 pandemic. The Committee members Mr Changrok Soh and Mr Duncan Muhumuza Laki have thus questioned the mechanisms in place to protect the women against violence and other traditional practices including polygamy, widowhood rites and the payment of bogadi, and have requested the State party to provide statistics on the status of the Sexual Offences Bill.

The Committee also pointed out that marital rape is currently not criminalized in Botswana due to the current definition of rape in the Criminal Code which includes the word “unlawful” which excludes the situation of marriage.  Nevertheless, the delegation stressed that once the Law Reform Unit becomes fully operational, it will review this part of the Criminal Code. No timeline was, however, provided on when this would take place.

Last but not least, Botswana has recently established legal aid which is provided to all victims in civil cases. It has further acknowledged the gap that was created for other cases and has undertaken to consider to extend such legal aid to also criminal cases. What is in this State practice interesting is that Botswana decided to first offer legal aid to civil matters which are by their nature less invasive and traumatic for victims, while leaving the criminal matters in the private financial domain.

Concluding Observations on Botswana's 2nd periodic report were released on November 11 2021. The State party is requested to provide, by 5 November 2024, information on the implementation of the following recommendations made by the Committee:

Trafficking in persons and forced labour

Treatment of refugees and asylum seekers and prevention of statelessness