Status of Nicaragua in its reporting obligations to the UNTBs

Nicaragua is a State party to 8 out of the 9 core UN human rights treaties. The only treaty that Nicaragua has not yet ratified is the International Convention for the Protection of All Persons from Enforced Disappearances (CPED).

While it is commendable that Nicaragua has ratified almost all of the international human rights treaties, the State has not fulfilled its obligation to report periodically to the UN treaty bodies (UNTBs).

Nicaragua has a delay of a minimum of 5 years in submitting any of its reports to the UNTBs.

Nicaragua’s status on its reporting obligations to the UNTBs is presented below: 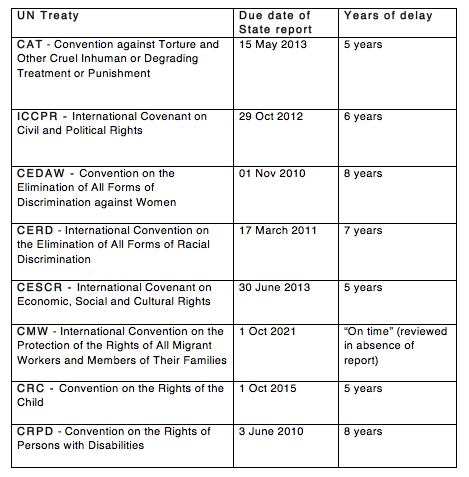 The last report submitted by Nicaragua to a UNTB dates from 17 June 2008 to the Committee on the Rights of the Child (CRC).

The only Committee in which Nicaragua is recorded as being "on time" with its submission of its report, is the Committee for the Protection of the Rights of All Migrant Workers and their Families (CMW). This is because the CMW reviewed Nicaragua in the absence of a State report in September 2016. The CMW then established 1 October 2021 as the new date for submission.

In its Concluding Observations (CMW/C/NIC/CO/1), the CMW "considers that the State party has breached article 73 of the Convention by failing to fully honour its reporting obligations thereunder”.

In light of the current crisis regarding the severe human rights violations in Nicaragua since April 2018, it is more important now than ever that Nicaragua cooperates with the human rights mechanisms of the United Nations and fulfills its obligations under the international human rights treaties. For this purpose, CCPR, OMCT and IMADR submitted a report for the UPR of Nicaragua with the following recommendations: 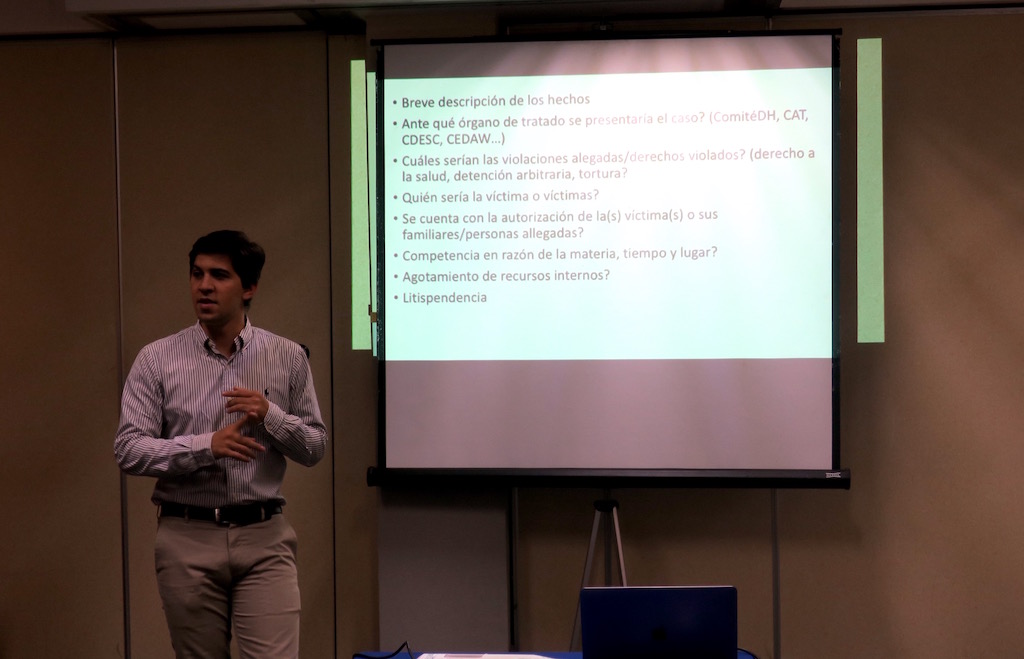