Experts and practitioners alike widely recognize that corruption inhibits the enjoyment of civil, political, and socioeconomic rights. Corruption continues to undermine justice and accountability reforms and remains both a driver of human rights abuse and a barrier to States’ implementation of treaty-based human rights obligations.

Despite being widely recognized as connected to human rights, corruption is rarely directly addressed by UN Treaty Bodies. Moreover, the UN Treaty Bodies do not have a systematic approach for corruption: it is not addressed systematically, the wording of the recommendations differs and the legal basis varies even for similar situations. 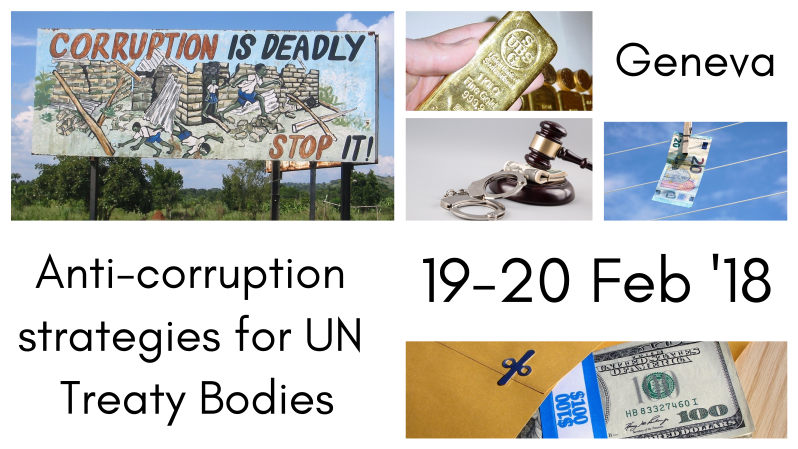 The Centre organized a high-level international conference on Human Rights and Corruption in February 2018. During this conference, participants discussed how the issue of corruption could be taken into consideration more systematically by the UN Treaty Bodies. For more information about the conference, visit our website.

In light of this conference, the Centre published a research article on how the Treaty Bodies approached corruption between 2007 and 2017. It is available here (English) and here (French).

In June 2018, the Centre together with the Geneva Academy of International Humanitarian Law and Human Rights and the OHCHR organized an expert meeting to agree on an outline for a Practitioners Guide, specifically designed for anti-corruption groups to better interact with the UN Machinery. A first draft of this Guide is being discussed at the moment. To read more about the expert meeting, visit our website. 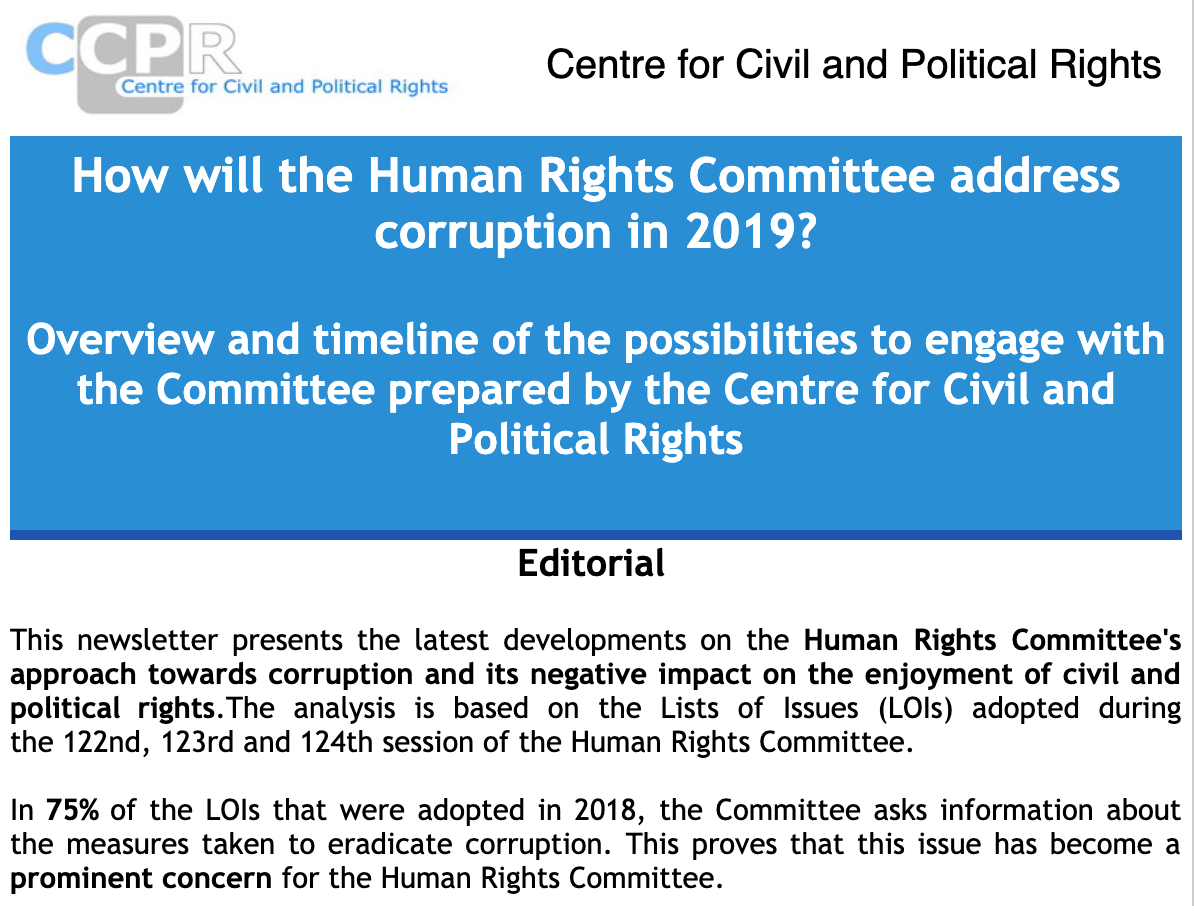 Launch of the Practitioners' Guide and the FAQ

The Practitioners' Guide for anti-corruption groups was launched at a side-event during the Human Rights Council, on 17 September, at 12h00, in Room IV.

To reach the target audience of the Guide, another launch was organised during the Conference of State Parties (COSP) to the UN Convention Against Corruption (UNCAC) in Abu Dhabi. A special event was organised by the Geneva Academy, the OHCHR, the Swiss Federal Department of Foreign Affairs, UNODC and others on 18 December. The panel spoke about human rights, gender and corruption – linkages, good practices, potential and limitations.

The Centre also organised several trainings for anti-corruption experts on how to better use the UN human rights mechanisms, with the Guide serving as a basis document. Read more here and here.

Subscribe to our newsletter if you want to receive updates about our work.