A first and crucial review after the 2011 revolution

More than 10 civil society organisations took part in the consultation that was organised by the Centre and OMCT, in February 2020, in Tunis.

The Centre organised two activities for the Tunisian civil society in the beginning of 2020, both targeting civil society and both as a preparation for the review by the Human Rights Committee, scheduled for March 2020.

On 4 and 5 February 2020, the Centre organised a consultation for civil society, together with OMCT. The following organisations were represented during the training: Terre des Hommes, Carter Center, Tunisian Coalition Against the Death Penalty (CTCPM), the association of democratic women (ATFD), GoAct, Damj, Terre d’asile, Avocats sans frontières, MRA Women and the association for the defense of individual liberties (ADLI).

"Women face several obstacles when taking part in elections: campaign meetings usually take place in the evening, in places that are not considered appropriate for women. They also face severe backlash when on TV: they are judged on their appearance rather than on their political views. " 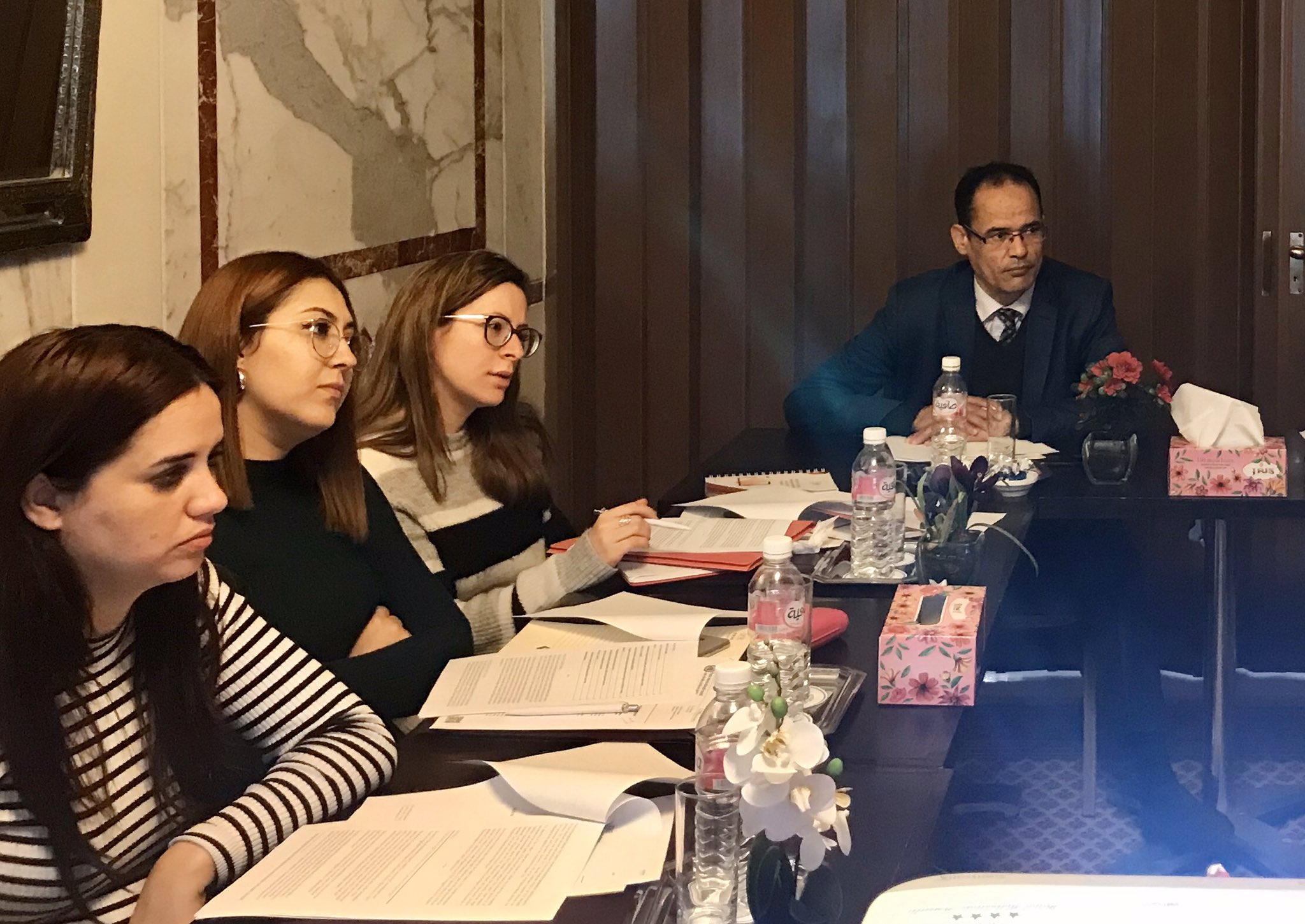 On 6 and 7 February, organisations working on elections were invited to discuss the implementation of article 25 of the ICCPR, about the participation into public life. The training was co-organised by the Carter Center, and attended by representatives from ATIDE, TU-MED, Chahed Observatoire and the Ofiya Coalition. These organisations have monitored all the election processes in the country since after the revolution, and had a good view on the evolutions and developments. 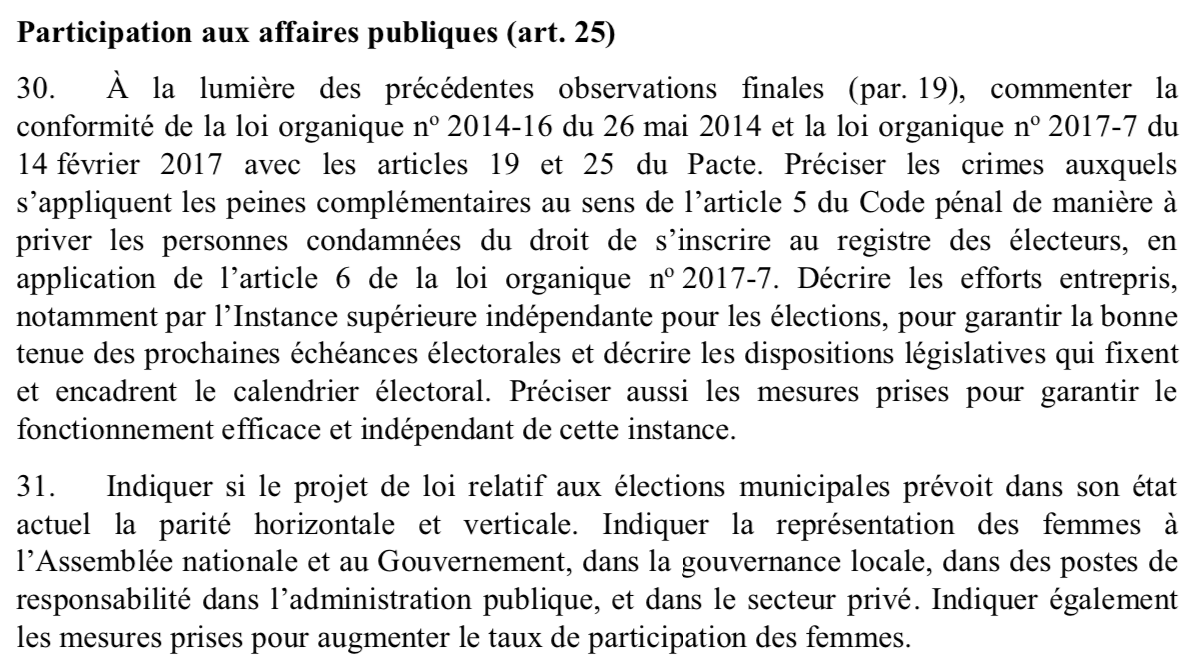 The last elections in Tunisia took place in September (presidential elections) and October 2019 (parliamentary elections). This is after the submission of the State report to the Human Rights Committee, adding value to a civil society submission. Several aspects of those elections were analysed during the training:

Hate speech and fake news in the election period, and perpetrators that remain unpunished, the lack of financial and human resources of the judicial system and the court of auditors and the fact that lawyers often don’t have enough knowledge about the electoral law to work on election cases. Other concerns included the fact that some decisions of the administrative tribunal are not made public, which is a violation of the law on access to information. Finally, the mandate and the resources of the Independent High Authority for Elections were discussed.

The participation of women in public life was discussed extensively during the training. A first and important aspect was the fact that women face several obstacles when wanting to participate: campaign meetings, debates or interviews usually take place in the evenings, or at places that are considered inappropriate for women. Moreover, women face immense backlash when they do participate: they are judged by their appearance, threatened on social media and receive comments on their clothing, instead of being able to discuss the content of their views. A second important element is the fact that Tunisia does not have horizontal parity for the parliamentary elections. As a result, few parties put women at the head of their lists. For example, of the 17 lists that only garnered one seat, 16 of the successful candidates were male. The participating organisations stressed that it is necessary to conduct awareness raising campaigns for the general population, men as well as women, to make their participation effective and not just formal.

The participants of both activities will submit a report to the Human Rights Committee, replying to some of the questions in the List of Issues to make sure that the Committee is informed about the current situation in the country. Several human rights defenders will come to Geneva to attend the review and to participate in the briefings with Committee members.

Webinars with Tunisian civil society to follow up on the review

Tunisia was reviewed by the Human Rights Committee in March 2020