Czech Republic: Debate on migrant’s rights at the heart of review 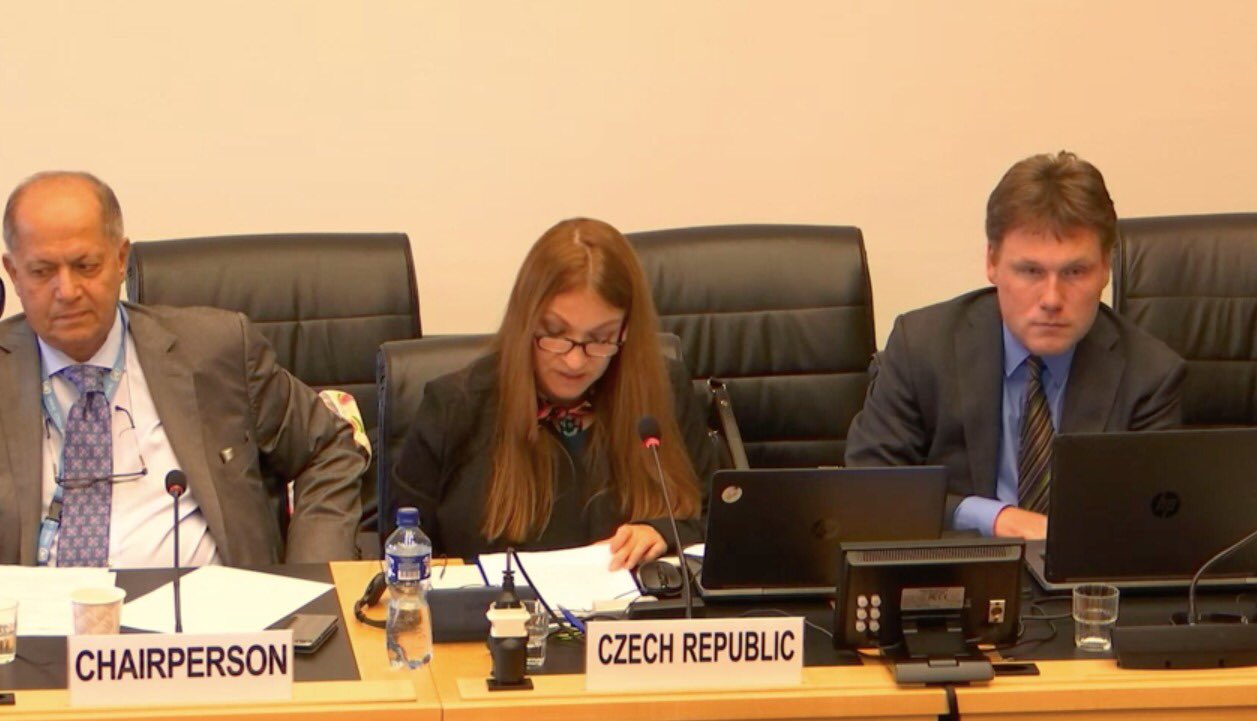 Head of Delegation of the Czech Republic presents report to the Human Rights Committee.

On 17 and 18 October, 2019, the Czech Republic was reviewed by the Human Rights Committee on its compliance with the International Covenant on Civil and Political Rights.

The webcast is available here and here.

"Maybe we’ll need to agree to disagree on the question whether [Czech Republic] is acting in good faith or not."

The Committee raised concerns on compliance with international decisions, particularly, the lack of compliance of the Committee’s views concerning restitution of property after the fall of communism in the State, in 26 cases. Czech Republic has not provided restitution of land rights’ violations occurred during communism.

Czech Republic questioned the binding nature of the Human Rights Committee’s decisions and recommendations. Yuval Shany stressed that compliance with the ICCPR and with the Committee’s views has to be achieved in good faith, and good faith is an obligation under international law.  Thus, the ICCPR is “just as” binding as the European Convention on Human Rights, and exhorted the State to comply with its decisions.

Moreover, Human Rights Committee also noted that there were allegations of discrimination against migrants, asylum seekers and refugees.

Hate Speech has been identified to be led against migrants, asylum seekers and refugees.  Allegations of speeches by public authorities through media that led to hatred and fear against these groups were raised in the Committee.

Moreover, the detention of migrants was also a concern of the Committee. There is information that leads to conclude that migrant children have been detained in spite of a legal prohibition of that. Furthermore, there are elements to believe that there is a practice of detention of migrants to send a message to other migrants not to come to the Czech Republic, based on the State’s asylum law.  The Czech Republic regretfully implied that its legislation would not be amended.

The State party should redouble its efforts, both through law enforcement and awareness-raising activities, to combat racial discrimination, hate speech and incitement to discrimination or violence on racial, ethnic or religious grounds, in accordance with articles 19 and 20 of the Covenant and the Committee’s general comment No. 34 (2011) on freedoms of opinion and expression. It should, inter alia:

27. The Committee reiterates its recommendations (see CCPR/C/CZE/CO/3, para. 14) that the State party take immediate measures to abolish the use of enclosed restraint beds in psychiatric and related institutions, as well as to establish an independent monitoring and reporting system and ensure that abuses are effectively investigated, prosecuted and sanctioned, and that redress is provided to the victims and their families.

Detention under the Foreigners Act

Finally, the Committee indicated that the Czech Republic must submit its fifth periodical report by 2025.  The Committee pointed out that the next constructive dialogue with the State party will take place during 2027 in Geneva.