Print screen of the new website launched by four NGOs active with the UN Treaty Bodies.

This joint initiative, taken by the Centre for Civil and Political Rights, Child Rights Connect, International Disability Alliance and International Women’s Rights Action Watch Asia Pacific, seeked to enable States and other stakeholders to better understand the skills and experiences of the current candidates running for election in order to strengthen treaty body membership by promoting a merit-based and transparent elections process.

The website serves as a portal regrouping information on each treaty body elections process and on all candidates, including their own responses to a questionnaire which was disseminated to them in an effort to provide further details about each individual’s experiences and expertise in the respective field of human rights of the concerned treaty. The received responses to the questionnaires were shared with all UN Member States ahead of the elections to encourage informed voting based on candidates’ qualifications.

This initiative does not imply that we support or oppose any individual candidates.

More information on the elections of the Human Rights Committee

"In order to ensure the strengthening of the treaty body membership by promoting a merit-based and transparent elections process, four NGOs have launched an initiative to enable all States to better understand the skills and experiences of the candidates running for the elections." 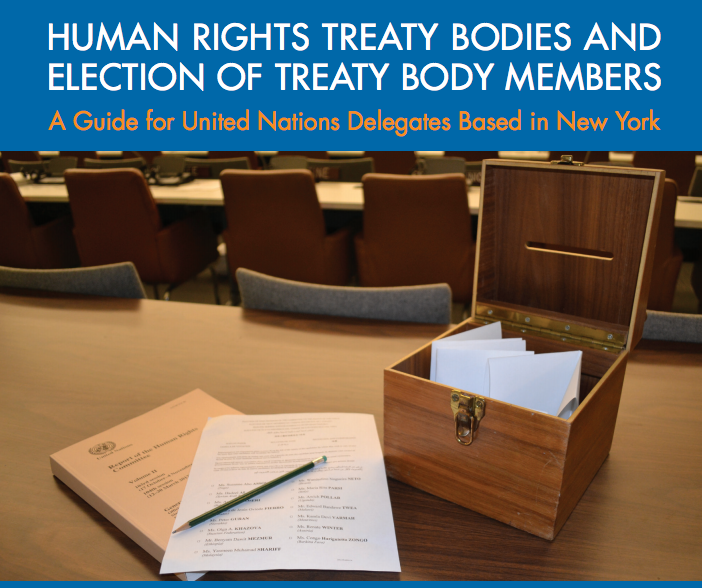 OHCHR recently published a Guide for United Nations Delegates on the elections at the UN Treaty Bodies.