How do UN Treaty Bodies address the issue of corruption? An update

Cover page of the updated research.

There were great differences between the Treaty Bodies themselves, and most recommendations were vague and general.

However, we saw a change in 2018 and 2019, in particular in the work of the Human Rights Committee: corruption seemed to be mentioned more often in country reviews, and more comprehensively. That is why the Centre decided to update the research, adding to more years of data: 2018 and 2019.

"It was important for us to show that in almost all Treaty Bodies, the attention for corruption-related issues has seen a striking increase in 2018 and 2019. "

Results of the updated research 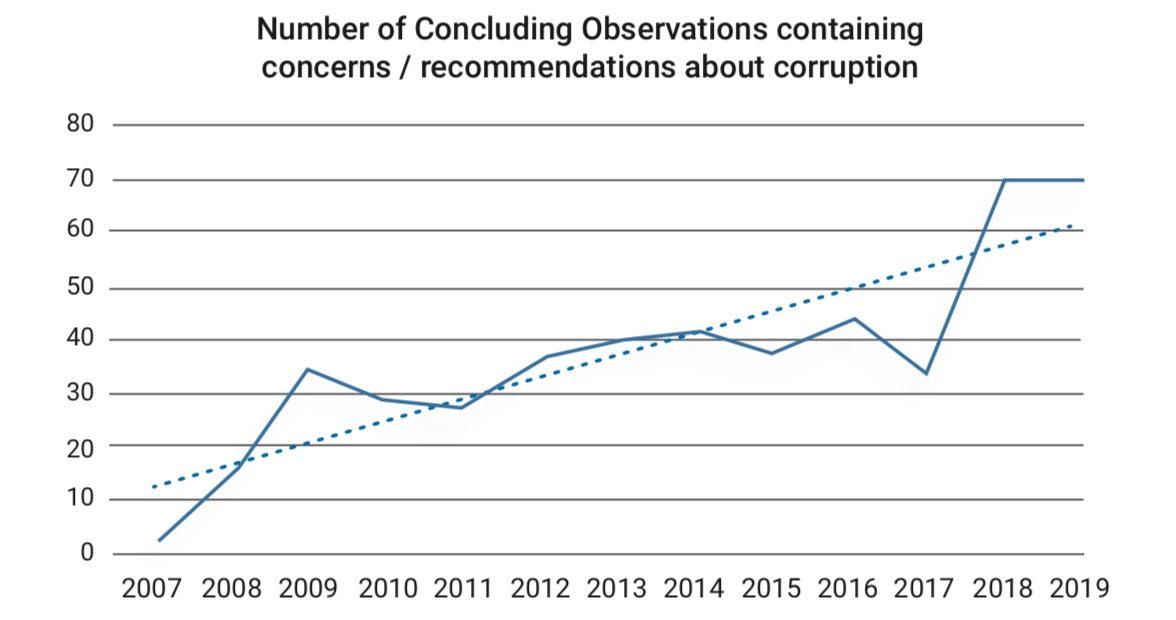 Between 2007 and 2019, there has been a steady increase across all Treaty Bodies in the number of Concluding Observations that refer to corruption or a corruption related term. 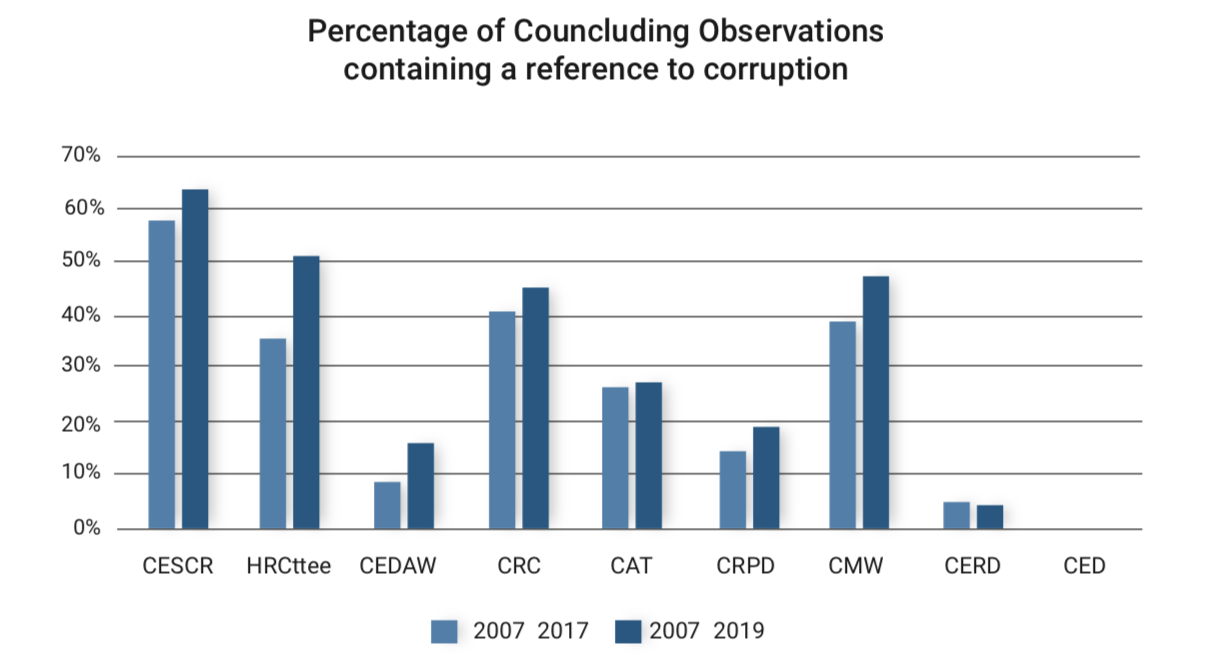 This increase is most notable in 2018 and 2019 across all Treaty Bodies, except the CERD and the CED.

Across all of the Treaty Bodies, corruption is mentioned in 485 State party reviews
(1 521 reviews in total) conducted between 2007 and 2019 (excluding SPT). This is 32%. However, there are important differences between the approach of different Treaty Bodies, including notably that the CESCR and the Human Rights Committee addressed corruption most often (in 65% and 50% of the reviews respectively). The CED has not raised any concerns about corruption or a corruption related term in any of its State reviews since its inception.

An element that is difficult to assess, is the concreteness of the recommendations. It is challenging to calculate this objectively, but this research shows that progress has been made overall. At least some of the Treaty Bodies have improved the formulation of their recommendation in recent years, dividing recommendations into sub-issues and providing guidance, consequentially making it easier for States to implement.

An evolution that we can see in most Treaty Bodies, is that corruption is more and more addressed in a separate paragraph. In these instances, Treaty Bodies generally observe the overall impact of corruption on multiple sectors and rights in the country, and approach it more comprehensively, looking at all aspects of the problem.