Georgia: abuses in the Russian-occupied territories and attacks on free press worry the Committee 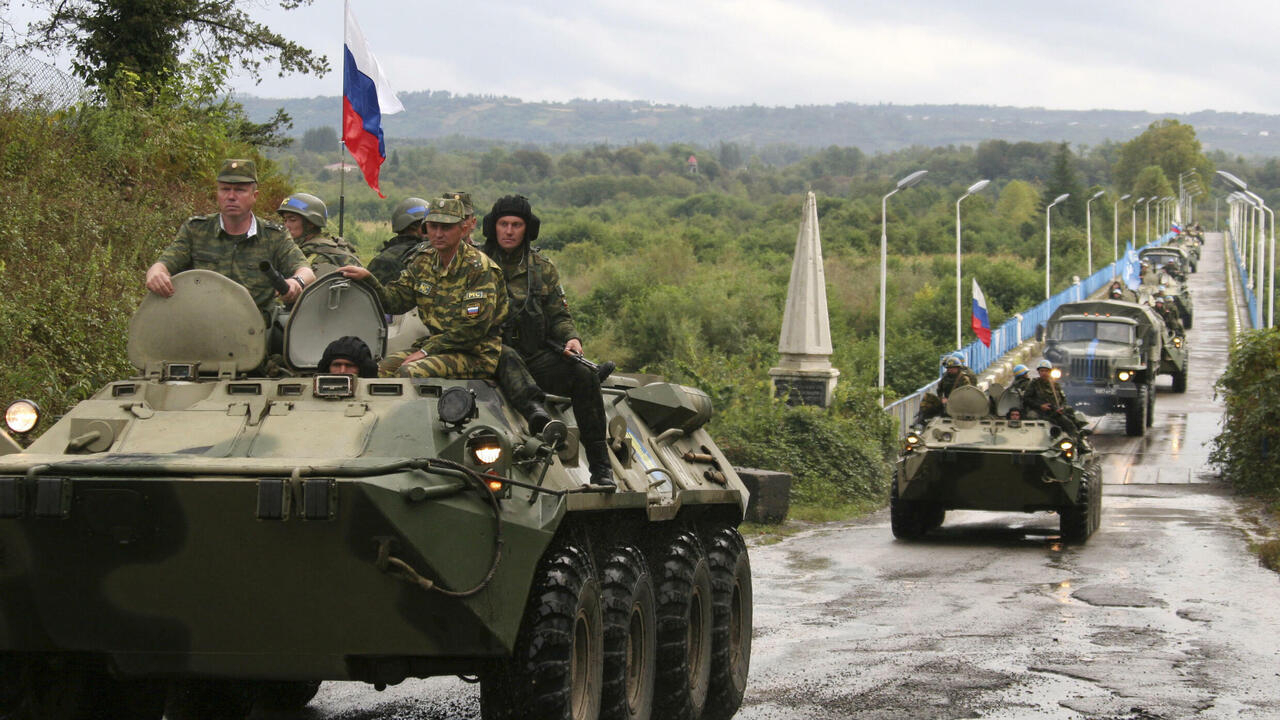 Russian troops cross a bridge over the Inguri River in Georgia near the breakaway province of Abkhazia, in October 2008. Vladimir Popov/AP

The Human Rights Committee reviewed the fifth periodic report of Georgia on 5 and 6 July, 2022. The Georgian delegation gave an opening statement mentioning the ethnically driven violence in the Russian-occupied territories of South Ossetia and Abkhazia, and the reform of its judiciary, which had the primary focus of depoliticizing institutions and prosecutorial powers. Committee members questioned Georgia on the measures they intended to take to counter corruption effectively and the measures taken during the pandemic. Other key issues were media independence and freedom in the electoral process, the right to freedom of religion of minorities, and to enjoy one's own culture, particularly the fear of discrimination of non-orthodox students in the education system.

Ethnically driven violence in the Russian-occupied territories of South Ossetia and Abkhazia was brought up in the dialogue. Georgia mentioned the Russian blocking of international human rights monitoring mechanisms from entering the occupied territories, and the influx of internally displaced persons, refugees, and ethnic minorities expelled from the regions, which resulted in ethnic clashes. The Committee asked Georgia about the measures taken to support individuals subjected to violations of the right to life, of missing persons and their families, and to support citizens in the occupied territories during the COVID-19 pandemic. Georgia stated that they were carrying out investigations at a domestic level in parallel with investigations of international tribunals, mainly the European Court of Human Rights and the International Criminal Court.

As for the rights of minorities, Georgia mentioned that during the pandemic they translated COVID-19 information into seven languages and carried out awareness raising campaigns in municipalities densely populated by ethnic minorities, and humanitarian assistance was delivered to minority families. Moreover, the Committee praised the recent framework to protect minority rights, but highlighted the ongoing low level of integration of minorities in public life.

Freedom of expression and assembly

Regarding freedom of expression, the Committee repeatedly questioned Georgia about the increasing pressure on journalists and the attacks on free press. The Committee mentioned a trend of repressing the opposition media that tried to document the fairness of the 2021 elections, of government high-ranking officials verbally attacking human rights defenders and civil society organizations, and the refusal of several members of parliament to give interviews to certain journalists. The 2019 trial of Nika Gvaramia, director of a TV channel critical of the Government, was also mentioned.

As for freedom of assembly, the Committee brought up the incidents of 5 July, 2021, during the Tbilisi Pride, when a far-right violent group carried out violent attacks against journalists and LGBTI+ defenders. The Committee mentioned the lack of prosecution of the organizers of the group violence and asked whether State leaders had publicly condemned such intolerance and hate crimes against the LGBTI+ community. Georgia mentioned that they launched a ministerial investigation that resulted in 12 criminal cases: 31 persons were prosecuted and most found guilty and sentenced by courts.

Watch again the dialogue with the Committee here.

Concluding Observations on Georgia’s fifth periodic report were released on 27 July 2022. The State party is requested to provide, by 28 July 2025, information on the implementation of the following  recommendations:

The State party should increase its efforts to prevent and eradicate corruption and impunity at all levels. In particular, it should take all necessary measures to:

State of emergency and COVID-19 response

The State party should ensure that its national legal framework on emergencies, including those relating to the protection of public health, is in line with all the provisions of the Covenant. It should also ensure that the measures, including the derogations that have been extended until 1 January 2023, are strictly required by and proportional to the exigencies of the situation and are limited in duration, geographical coverage and material scope, bearing in mind the Committee’s statement on derogations from the Covenant in connection with the COVID-19 pandemic (2020). It should also strengthen its efforts to ensure the effective access to the COVID-19 vaccine for all, including persons from minority groups.

The State party should ensure the full enjoyment of the right to participate in public affairs, including for opposition political candidates, and bring its electoral regulations and practices into full compliance with the Covenant, including its article 25. In particular, it should:

a) Ensure that all allegations of electoral irregularities are promptly, effectively and independently investigated, that perpetrators are prosecuted and, if convicted, punished with appropriate sanctions;

b) Increase transparency and effective monitoring of campaign financing, which should be subject to effective and independent oversight mechanisms, with a view to creating equal conditions for the campaign;

c) Ensure balanced political representation in the election commissions to reduce the possibility of bias in the administration of elections;

d) Foster a culture of political pluralism and guarantee the freedom to engage in pluralistic political debate, including by ensuring a safe and secure environment for media workers to operate.

The follow-up report of Luxembourg on the implementation of the recommendations is due in 2025. The next list of issues will be adopted in 2028, and the next periodic report is due in 2029.