Actions taken by the State party contrary to the Committee’s recommendation on freedom of expression and association (para. 21, CCPR/C/KHM/CO/2) 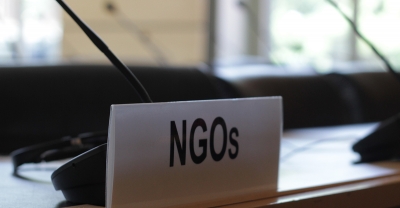 As a result of the second review of Cambodia by the UN Human Rights Committee (the Committee) on the implementation of the International Covenant on Civil and Political Rights (ICCPR) in March 2015, a number of recommendations were issued to the State party. One of the recommendations selected by the Committee for its follow-up procedure deals with the freedom of expression and association (para. 21, CCPR/C/KHM/CO/2), which Cambodia is obliged to implement and report back to the Committee within a year (by March 2016). However, the State follow-up report has not been submitted yet after the requested deadline, but the authorities in Cambodia have actually taken actions contrary to the Committee’s recommendation and the situation on freedom of expression, association and peaceful assembly has further deteriorated. In this context, this submission aims to highlight these negative developments in relation to the follow-up procedure of the Committee, while the actions of the authorities including the enactment of the Law on Association and Non-Governmental Organisations (LANGO) can be seen as a part of the Royal Government of Cambodia’s (RGC) increasingly harsh crackdown on critical voices.

In addition to the joing CSO follow-up report submitted by a group of Cambodian NGOs together with CCPR Centre in March 2016 covering all three follow-up recommendations, the Cambodian Center for Human Rights (CCHR) in cooperation with CCPR Centre has made additional submissions focusing on the freedom of expression and association reflecting recent negative developments in the country.

(please see here for CCHR press release on the submission)

"The Royal Government of Cambodia (RGC) has not only failed to implement the recommendations issued by the Committee, but have taken actions that further restrict fundamental freedoms of expression, association and peaceful assembly."